If you’ve attended SAVOR before, you know there is some serious culinary talent at play. James Beard Award winners. Certified Cicerones. Path-breaking restaurateurs. Get to know your SAVOR chefs for 2022.

Executive Chef of the Brewers Association

Long at the forefront of beer and food pairing, Dulye is a graduate of the Culinary Institute of America Hyde Park and has helmed several kitchens in craft beer-centric locations such as Boulder and Vail, Colorado, and Portland, Oregon.

Dulye is the co-author of the CraftBeer.com Beer & Food Course and The Beer Pantry: Cooking at the Intersection of Craft Beer and Great Food. As executive chef for the Brewers Association, Dulye is the culinary quarterback on the SAVOR team, assembling a squad of celebrated chefs, designing the menu, and bringing his years of experience to ensure that SAVOR guests enjoy the finest beer-and-food pairings in the world. 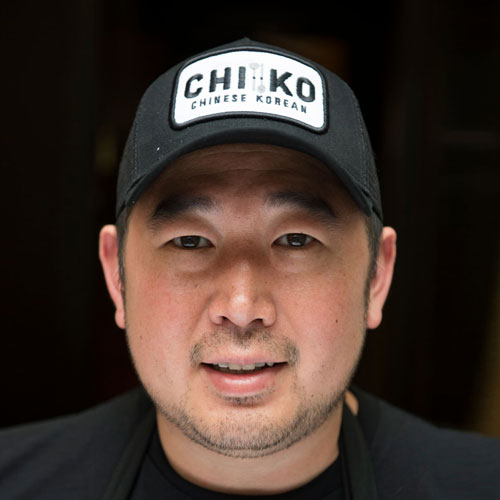 In 2006, Danny Lee and his mother, Yesoon, opened Mandu, D.C.’s first full-service Korean restaurant, near Dupont Circle. In 2017, Lee started a new restaurant group with Chef Scott Drewno called The Fried Rice Collective. The group’s first restaurant, CHIKO, opened in July of 2017 on Barrack’s Row in Washington, D.C. CHIKO has been awarded three-star ratings from both the Washington Post and Washingtonian, and was a James Beard Award semifinalist for Best New Restaurant in the country in 2018.

Lee was nominated as a James Beard Award semifinalist for Best Chef Mid-Atlantic in 2020. In 2021, he was listed on the Washington Business Journal’s Power 100, recognized for the anti-racism initiatives he had taken part in or started. Lee has been featured in the Wall Street Journal, Food and Wine, Bon Appetit, Food Network, Men’s Health, Washington Post, Washingtonian, and many more publications. He and his mother were featured in the HBO Max series “Take Out with Lisa Ling,” exploring the history of Korean cuisine in the Washington, D.C., area. 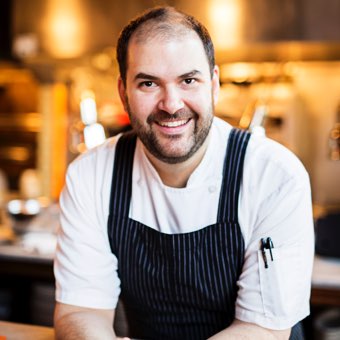 New Jersey native Michael Friedman’s career began as a prep cook with Mon Ami Gabi. After graduating at the top of his CIA class, Friedman began working for Jose Andres at Zaytinya. After two years, he left his mentor to travel the world, eating through Italy, Greece, Turkey, and Northern Africa, picking up the interesting and exciting nuances of each country. Friedman opened The Red Hen in 2014, offering seasonal, Italian-influenced dishes interpreted with Mid-Atlantic ingredients. Red Hen continues to be a neighborhood gem within Washington, D.C., that excites diners with new dishes every season.

In 2016 Friedman opened All-Purpose, serving antipasti, classic Italian American dishes and deck oven-fired pizzas in the heart of downtown D.C. Shortly after its opening, All-Purpose was named D.C.’s top restaurant by the Washington Post. In 2017, he was recognized as a James Beard Award semifinalist. 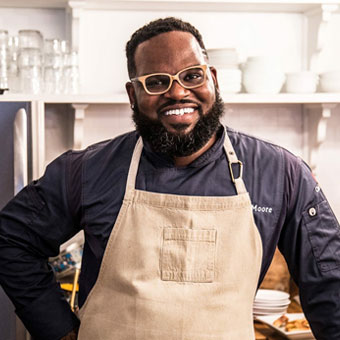 Chef Lamar Moore was born and raised in the South Side of Chicago. Growing up in a large family, Moore learned the importance of cooking with love and giving back to those less fortunate. His grandmother was extremely influential to his culinary journey. Hailing from Mississippi, she passed on a great appreciation of Southern food and culture, as well as the importance of cooking from the soul.

After graduating from Le Cordon Bleu in 2003, Moore headed west to San Jose, Calif., where he secured a job at McCormick & Schmick’s Seafood Restaurants. After seven years, he returned to Chicago as sous chef for the Chicago Bears, before moving on to become a successful chef and restaurateur. Moore has had the privilege of cooking for Super Bowls, NBA Finals, and Barack and Michelle Obama, but he admits his grandmother will always be his first and biggest fan. 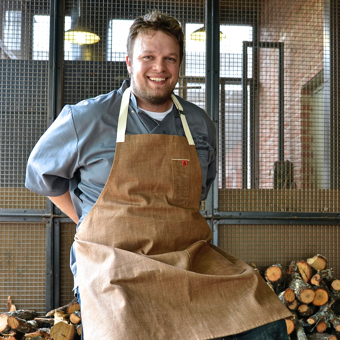 James Beard-nominated chef Kelly Whitaker holds a bachelor’s degree in hospitality, but his real schooling was gleaned in international kitchens. After studying at Hotel Institute Montreux in Switzerland, Kelly’s first culinary stint was in Italy, where he fell in love with simple, wood-fired eateries and the joy of taking care of guests. He then moved to Los Angeles, where he perfected his craft at the one-Michelin-starred Hatfield’s and later the two-Michelin-starred Providence.

In 2008, Whitaker moved to Boulder and started Id Est Hospitality Group. In addition to being an active member of Chefs Collaborative (he received the “Heart of the Collaborative” award in 2014), Whitaker sits on the Blue Ribbon Task Force for Monterey Bay Seafood Watch, and founded Noble Grain Alliance, a nonprofit organization dedicated to promoting domestic, milled-to-order grains. 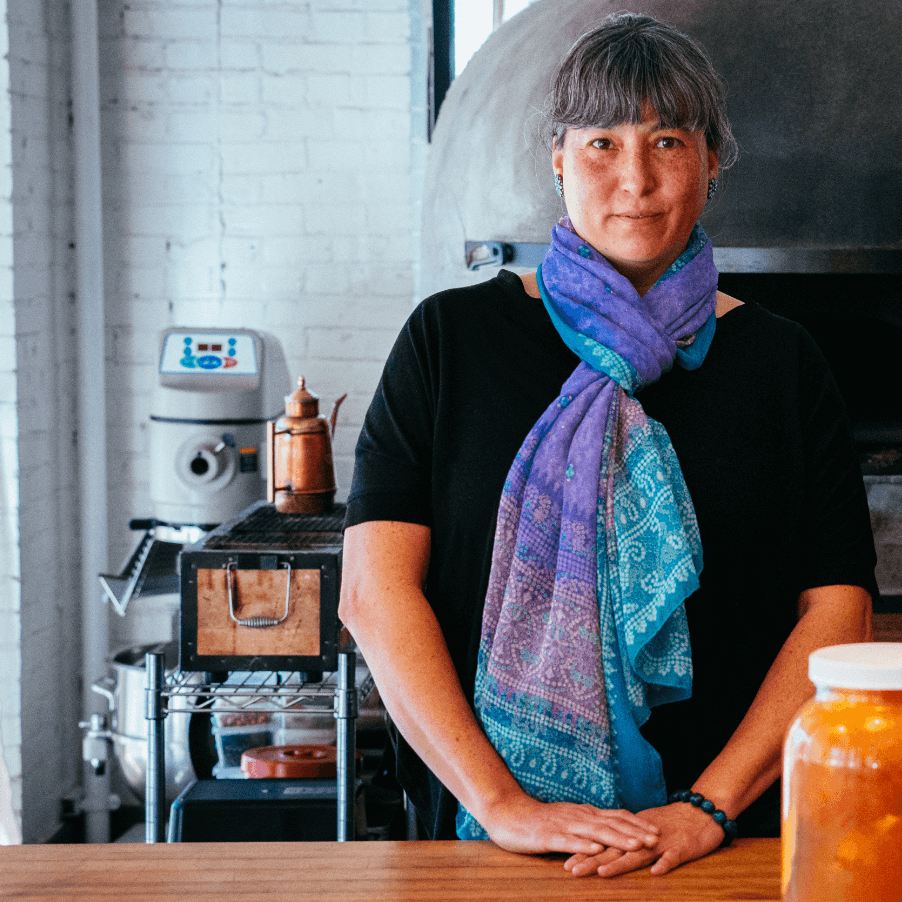 Mara King is a native of Hong Kong, a chef as well as the co-founder and chief operating officer of Ozuké, a fermented foods business that distributes throughout the U.S. King believes that good food is an inherent part of good living and is always looking for ways to put food knowledge into practice. She helped to produce a series of short films on Southwestern Chinese fermentation practices with Sandor Katz and Mattia Sacco Botto in 2017 and is currently working on a book on Chinese fermentation as well as the second series of People’s Republic of Fermentation that will focus on Taiwan and China’s Eastern provinces. 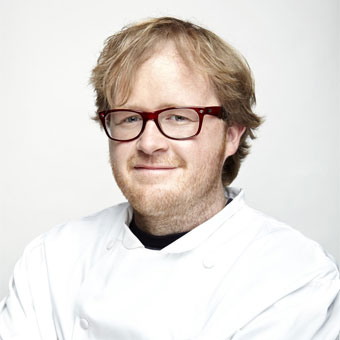 Nathan Anda began working for the Neighborhood Restaurant Group in 2004, serving as Executive Chef of Tallula in Arlington, where he gained critical notices from USA Today and The Washington Post for his charcuterie, and especially his house-made bacons. In 2008, Anda founded Red Apron Butchery, a creative collaboration with NRG and a handful of dedicated regional farmers to serve as a locally sourced whole-animal butcher and small-batch producer of handcrafted charcuterie and fine provisions. Red Apron currently operates three stores in D.C. and Virginia. 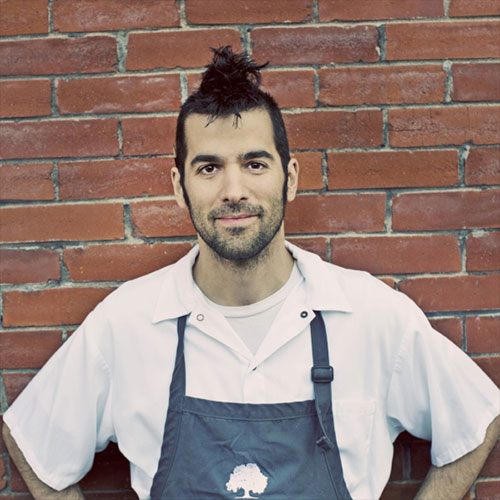 The Long Island native moved to Manhattan after completing culinary school and worked in some of the city’s most iconic kitchens, including Le Cirque and Jean Georges, before moving to Colorado to hone his skills at The Little Nell in Aspen and the acclaimed Italian restaurant Frasca Food & Wine in Boulder. There, Redzikowski met future business partner, Bryan Dayton.

In March 2010, Redzikowski reconnected with Dayton to open OAK at Fourteenth in Boulder. The duo opened their second concept, Acorn, in the fall of 2013. Both have received rave reviews since and have consistently ranked on 5280’s 25 Best Restaurants list. In 2015, Redzikowski and Dayton opened Brider, a fast-casual rotisserie concept in the LoHi neighborhood of Denver. Today, Redzikowski still remains a partner in Acorn and Brider, but his focus lies at OAK at Fourteenth.

Redzikowski’s eclectic new-American style of cooking has been praised on both local and national levels. In 2014 and 2015, Steve was voted Food & Wine’s People’s Best New Chef Southwest, and in 2015 and 2016 he was a James Beard finalist for Best Chef Southwest. 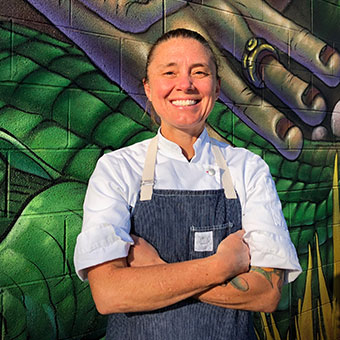 A native of Denver, Colo., chef Sheila Lucero owes her love of cooking to her father, an avid cook and connoisseur. She fell in love with the wonderful and varied cuisines of South Florida while earning a degree in biology and playing soccer at Florida International University. Bent on becoming a chef, she returned home to enroll at the Colorado Art Institute. She then joined Jax Fish House in Denver and rose through the ranks to become Chef de Cuisine in 2002. Jax garnered widespread acclaim under her guidance, winning Best Seafood Restaurant in 5280 Magazine, Westword Magazine, City Search, and Rocky Mountain News.

Under her guidance, Jax has partnered with the Monterey Bay Aquarium’s Seafood Watch, The Blue Ocean Institute, Sea to Table, Fish Choice, and the James Beard Foundation’s Smart Catch among other sustainable seafood certification organizations to share important news in the ever-changing world within our oceans. Due to her efforts, Jax Fish House is proud to be the first restaurant in Colorado to be certified by the Monterey Bay Seafood Watch. Sheila also serves on their Blue Ribbon Task Force, working with other chefs from around the country to learn and share the very latest information on the state of our global fish stocks as well as the most progressive use of seafood in our restaurants.